I’m a huge number geek, and one of the things that seems to appeal to me about running is that there are a lot of numbers that you can look at.

My wife and I bought Garmin watches a while back, well before I started running; among other things, it includes a step counter, so that I know how far I have walked each day. (As I write this, I am on 4451 steps – this isn’t a running day today.) Each day, the watch sets a goal number of steps, mostly based on how far you have gone lately; if you make your goal, your watch generates a little shower of fireworks on its screen. Woo-hoo!

The watch became really useful when I started running, as it would keep a record of all sorts of stuff, thanks to its built-in GPS. For instance, here’s the main page for the run I did on April 11 (which was the last outside run before the ice storm hit on the following weekend). 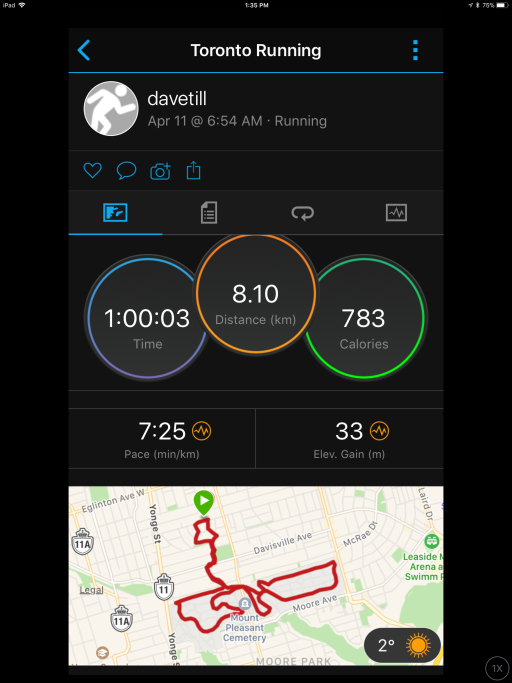 This is full of useful information, including time, pace, distance, and route covered. If you tap the tab that looks like a bookmark, you get more detailed speed information: 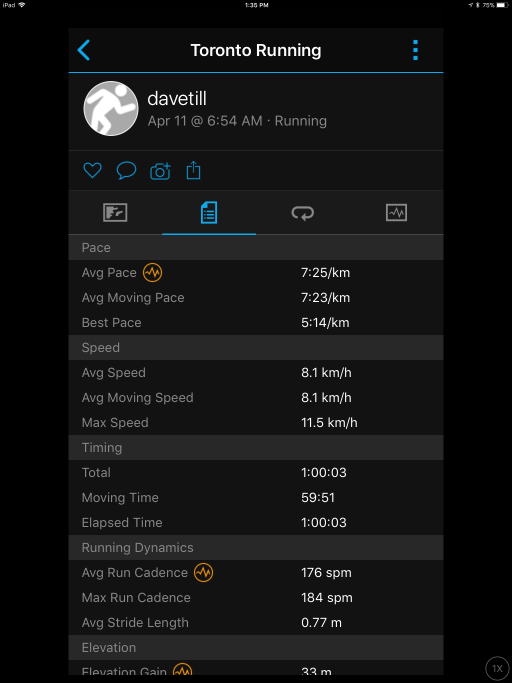 This includes my steps-per-minute count and my average stride length. (I tend to run with short, choppy strides.) The next tab gives my average pace per kilometre, which is extremely useful: 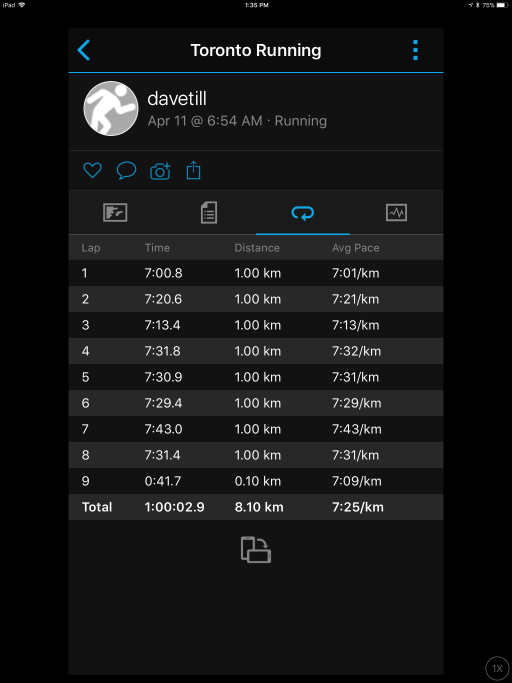 I wanted to maintain a reasonably slow and easy pace throughout the run, as my goal was to get my body used to running for a long period of time, not to maximize my distance. In this run, I started a bit more quickly than I wanted, which meant that I slowed down a bit too much on kilometre seven. 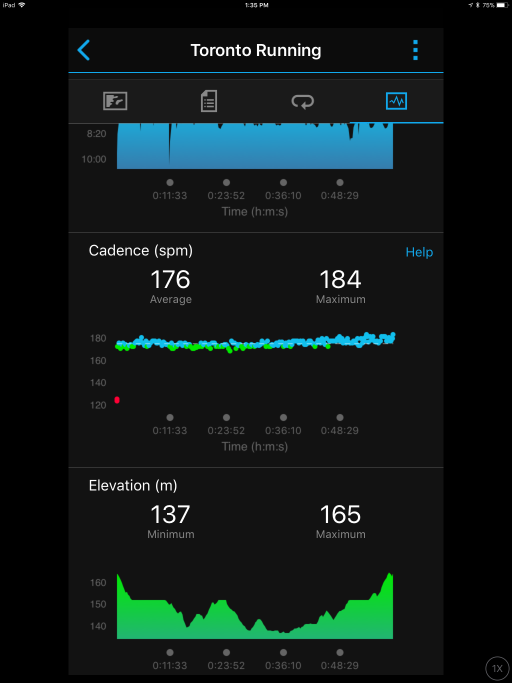 I scrolled down here to the fun graph: elevation. As you can see, my training run ended on a bit of a hill, though not too much of one.

I have an entry similar to this for virtually every run I have done ever since I got up to 5K. It allows me to keep track of how I’m doing and, most important, shows I’ve been making progress. Progress is good.