So I ran the Sporting Life 10K last Sunday! Some random notes:

My time was pretty much exactly what my wife predicted I’d reach: 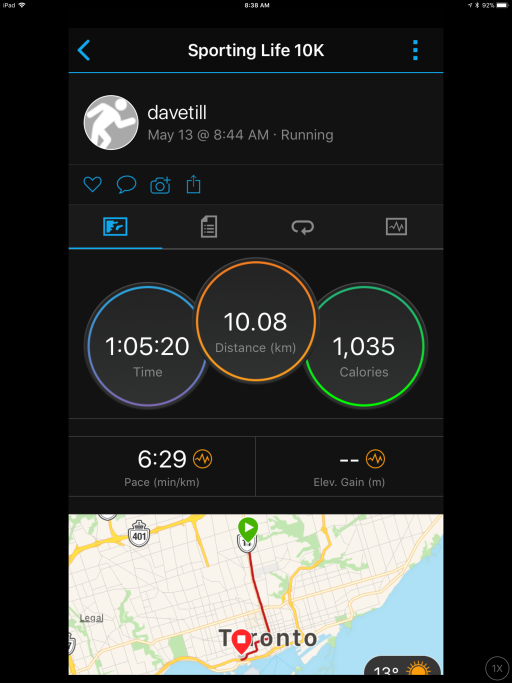 And I was more or less able to keep a consistent pace: 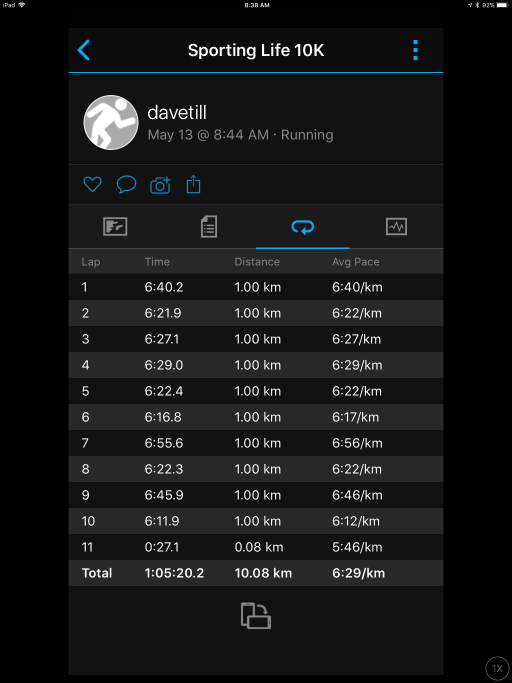 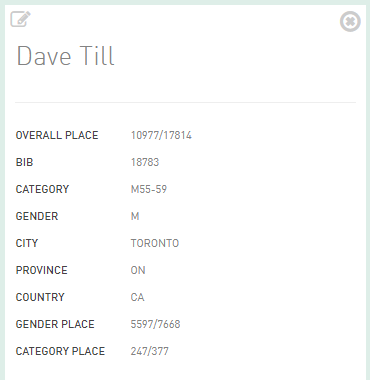 So I’ve achieved my goal: I’ve run a 10K race! Next up: the first training run after the race.